Please subscribe to the Cost of Everything Podcast on Apple podcast or Spotify. You can also find me on Twitter @costofpodcast and on LinkedIn.

Today I talk about the cost to build a football stadium, the decisions and cost drivers, and the social value associated with them, sometimes controversial, often refutable.

The cost of building a football stadium is quite complex, and it depends on where you are in the world There is a a lot I could cover about the cost of football stadiums, but I want to give this episode some context. I’ll start with the Football World cup in Qatar in 2022, and then talk about general requirements and cost drivers for building stadiums.

The scrutiny has been on Qatar and the world governing body for football, FIFA, about the next world cup. There will be seven new stadiums, a new airport, a whole road network incorporating public transport systems, and even a new city to host the final.

The total estimated budget for the football stadiums, for football pitches and facilities was around $6 billion. This is a new build project and you have a fixed deadline for when the world cup will be hosted, in the Middle East for the first time in history, and you’re constructing a whole new city for it, with associated infrastructure.

Despite all the complexity that comes from building associated infrastructure, building football stadiums is not straightforward either. Right from an early stage the design team need to consider multiple stakeholders, challenging requirements, and competitive timescales. So what are the key challenges?

No two stadiums are the same. You have different stakeholders, different locations, different functional requirements. Building the new Tottenham Hotspur ground in London has a different set of needs to building one for the World Cup in Qatar.

The fans want to have a high quality experience, to watch a great event, and to get enjoyment from direct interaction with each other and events happening in front of their eyes. The facilities that are available in addition to the event are important, as well as comfort.

From a more serious point of view, safety and crowd control are key to effective stadium design. Safety is one of the key reasons for the first phase of stadium enhancements and improvements in the late 1980s and early 1990s.

The players want a great quality football pitch, great in-house facilities (not just a shed to get changed in), and conditions which will bring out the best in the team’s performance. Atmosphere, can mean multiple things in sport.

Imagine you’re running around for 90 minutes and the air is stale, stagnant, and hot. Heat comfort is massively important.

The owner, who has a lot of costs to contend with, needs multiple sources of sustained revenue and profitability. There are tv rights which are highly lucrative for a a big team, along with sponsorships. But, if you are team looking to grow, greater revenue can be achieved by increasing the capacity of the stadium.

With a new stadium, you can also increase the number of premium club seats and executive private boxes. And you have supporters in the strangest places that you would never think of, that will be able to pay good money for those seats.

If you are not a football fan, you might still have heard of Wembley stadium – because it’s used for more than football events, there are non-sport events such as music concerts. I’m too young to remember, but Live Aid with Queen was a pretty big deal in the late 80s.

You may have other facilities that allow corporate events, hospitality, conferences, you might even have an on-site hotel or museum. Concession stands selling food and merchandise, ground sponsorship, advertising boards, charging for parking.

Though not many of these diversified sources will get you through a pandemic where no one can come to the stadium.

According to KPMG football benchmark – size matters, the bigger the stadium the greater the cost – greater structural cost, a wider roof, more seats, lifts, etc. Other drivers include the quality of materials used and the additional functionality required to support non-football match activities and events. Location, is inevitably linked to cost as well.

Is the current stadium being completely knocked down and a new one erected on the same site? If you have demolition costs, groundwork costs, access costs, these are a significant variable between the cost of each individual stadium build.

Building a new stadium in a developed area, with existing infrastructure, and the high cost of land, labour and materials will make your costs even higher.

An example is Tottenham Hotspurs new stadium in London – it’s a very big stadium, but it has other faculties that make it more expensive – It has a retractable football pitch, underneath which sits a synthetic NFL pitch.

It also hosts concerts, events, and is a completely cashless stadium. You can see a graphic on the blog which shows the cost and the cost per seat for some major football stadium construction projects.

Traditional cost drivers related to the building itself include the gross floor area of the stadium complex, the number of tiers. the type and size of the roof, and the number of supporting facilities.

Clubs have to meet financial fair play criteria, which is tied to how much revenue they can generate. So, the more revenue you can generate from the stadium, the more chance you have of signing the best players, and winning.

The business case is also influenced by what happens on the pitch, so financing the project can really depend on the performance and popularity of the football club. If you get relegated, your revenue streams from TV rights, etc change completely, the players you can attract, the sponsorships and advertising.

A club could go bankrupt because it was highly leveraged and not expecting to get relegated. If that is in the mind of a contractor when quoting for a key part of building a new stadium, they might build that into the bid.

Cost and schedule overruns for a stadium build are a major risk to the football club. Every day it isn’t being used is a day it costs money. Not only do you lose out on income, but you have to pay down the cost of capital invested.

The planned life of the stadium is important, in the long-term it may be a liability, stadiums aren’t designed with the end of planned life in mind, or ease of refitting. But, the Qatar games has looked at this, with the Ras Abu Aboud Stadium being built as a modular construction.

What About Social Value and Cost?

The business case isn’t just built on the financial case. Social cost, and social value, are often scrutinised, rightly so. The value could be realised at a grassroots level, where a new stadium offers the local community access to certain facilities in the stadium.

A lot of the stadiums are in very deprived areas, and offer the local community facilities they would not have access to otherwise, and local councils with a steady revenue stream.

But, when you take major events such as World Cups – there appears to be a major legacy cost rather than a legacy value.

South Africa hosted the world cup in 2010, and built a whole infrastructure around the stadiums. FIFA get the TV rights money and the sponsorships. The government of South Africa hailed the games a success, there was a positive image of the country, a feel good atmosphere, and a lot of tourism.

9 stadiums were built or refitted for the world cup costing 10 billion rand, and they’ve struggled to justify the expensive maintenance of these facilities (into the millions of dollars a year for some semi-vacant stadiums), which is footed by local municipalities. The long-term intangible benefits, that are stated as unquantifiable, are a counter argument. They should be quantifiable.

Brazil allocated $11.7 billion for the World Cup in 2014, the subject of mass-protests in the country. about $4 billion was allocated to building the stadiums, funded by the Brazillian tax payers.

For one stadium built in the Brazillian capital, the car park was used as a bus station after the world cup. It’s too big a stadium, the smaller local clubs can’t afford to run the stadium for typical match days – one report showed that running costs on a match day are around $80,000, where revenue from tickets sales for even the biggest match is around $7,000.

Major corruption scandals against FIFA also rocked the footballing world, bringing a lot of scepticism and negative press around the world cup as well. FIFA would also likely counter this, evidencing the Brazil 2014 Legacy Fund, which invests in different areas of Brazil, supporting competitions in women’s and youth football, infrastructure development, and education.

We need to consider the cost to human life as well. The construction and development associated with the World cup in Qatar in 2022 has resulted in the deaths of more than 6,500 migrant workers in the country.

With the world cup in Qatar in 2022, coming out of a pandemic, there will surely be a massive party atmosphere. But we shouldn’t forget that these events come with a cost, sometimes unseen, and not quantifiable.

Keep up to date

Can you put a price on love?

The Cost of the Marble Arch Mound 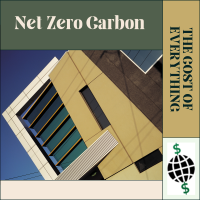 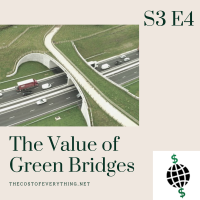