This week, I bring back Professor Giorgio Locatelli, Professor of project and business strategy at University of Leeds (link to the episode here). We go in-depth about power plant economics, the cost drivers that mean Small Modular Nuclear Reactors (SMRs) are a viable option to meet sustainable development goals, the challenge of nuclear waste and why we need to consider nuclear power plant projects as 100 year contracts rather than short term build projects.

Why are nuclear power plants expensive?

The lifecycle of power station includes the cost to design, build, operate, dismantle and decommission. Over the lifecycle nuclear is cost competitive with other power generation technology. The design and construction phase is substantially more expensive than other types of power plant. Standard or large units cost in region of $10 billion.

The unitary cost per MW is very expensive. Nuclear power plants are also a factor larger than other types of power generation. You also need to borrow a lot of money for a long time, and financing can cause cost escalation – so investment in large nuclear power is considered risky (construction projects can be 10 years).

If Nuclear financing is risky, why not just invest in renewables?

You have to balance the demand with the supply of electricity. If the amount of electricity in the system is not balanced, then we will have blackouts. So the production of electricity is independent of demand when we have variable renewable electricity (VRE). You need a baseload generator that you can turn on and off. This can be done with gas, coal, or nuclear power.

To decarbonise the electricity sector you can use two technologies – hydropower and nuclear. In countries like the UK you have limited capability to build hydropower. Energy storage isn’t efficient yet, produces a lot of waste and isn’t ready.

What are the differences between large reactor and small modular reactor costs and economics?

SMRs are reactors are designed to make construction faster and cheaper. Most current large reactors are based on light water technology, which we have a lot of experience and is well known. SMRs as a basic technology can be built in the short term.

How do you see Circular Economy principals adding value to SMR design?

We need to rethink how we look at energy generation infrastructure. Nuclear plants are complex, with lots of subsystems, which each have different lifecycles – some last 10 years, other 40, etc. Initially licenses to operate reactors in the US was 40 years. After 40 years, we know that changing some components allow reactors to last more than 40 years (even up to 80 years).

The opportunity to introduce Circular Economy principles to the design and planning of all kinds of products we consume could also be a global game changer. CE tries to decouple the life of the system from the life of the components. Systems that are designed to be replaced and switched between stations.

How do we account for closing and decommissioning a power plant

Nuclear reactors produce waste – a relatively small amount compared with fossil fuel based power generation. The amount and type of waste is known, we know how to make it safe, and look after it for a long time. The biggest problem is nuclear waste for sites which were used for other purposes, e.g. Sellafield which is unique and had military applications. These sites have very little to do with electricity production.

How can estimators or designers account for externalities in the future?

When we design the power station we need to extract all the possible value from it. For 3 units of energy generated through nuclear, just 1 is used. What about if we could use these other units for something else e.g. district heating, or desalination? With a relatively small incrememental capital cost we can produce not just electricity, but another valuable resource that makes the station cost competitive. But we need to think a bit more about what the station should be for.

Find out more about Giorgio’s Work 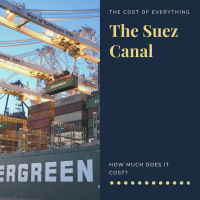 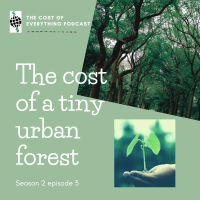